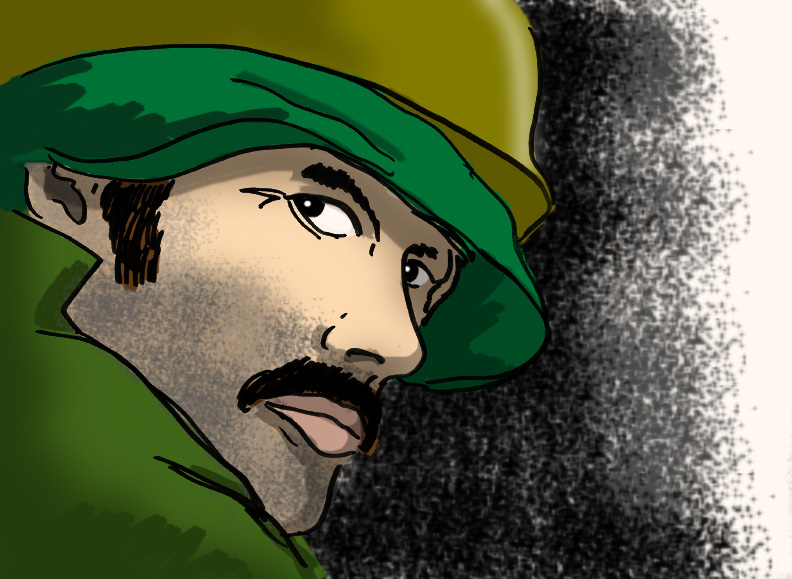 Sean Flynn, the only child from the marriage of silver-screen swashbuckler Errol Flynn and French actress Lili Damita, seemed to be destined to follow in his father’s footsteps. A brief role in a segment of TV’s The Errol Flynn Theatre and a background part in his friend George Hamilton’s film Where The Boys Are in 1960, led to a contract to star in a big-screen sequel to his father’s adventure classic Captain Blood. After the release of Son of Captain Blood, Sean appeared in several more films until he grew bored with acting.

In 1964, Sean went to Africa to take a shot as a safari guide and big game hunter. Finding himself short on money, he reluctantly returned to the acting world, filming two quickie “spaghetti Westerns” back-to-back. But Sean was anxious for more real-life adventure.

In 1966, he arrived in South Vietnam as a photojournalist for a French publication, then for Time-Life and eventually United Press International. Sean bravely entered combat, seeking realism in his photographs. After one last motion picture, he returned to Vietnam with a parachute jump with the 1st Brigade, 101st Airborne Division.  He also traveled to Israel to cover the Six Day War in 1967. He found himself back in Vietnam with plans for a documentary after the Tet offensive in 1968.

Traveling by motorcycle, Sean and fellow photographer Dana Stone entered Cambodia in April 1970. Along dangerous Highway One, the pair were captured by guerrillas, most likely part of the notorious Khmer Rouge, a military group led by ruthless Cambodian dictator Pol Pot.  That was the last time anyone saw Sean Flynn.

After years of searching and spending huge amounts of money, Lili Damita had Sean officially declared dead in 1984 — fourteen years after he disappeared.