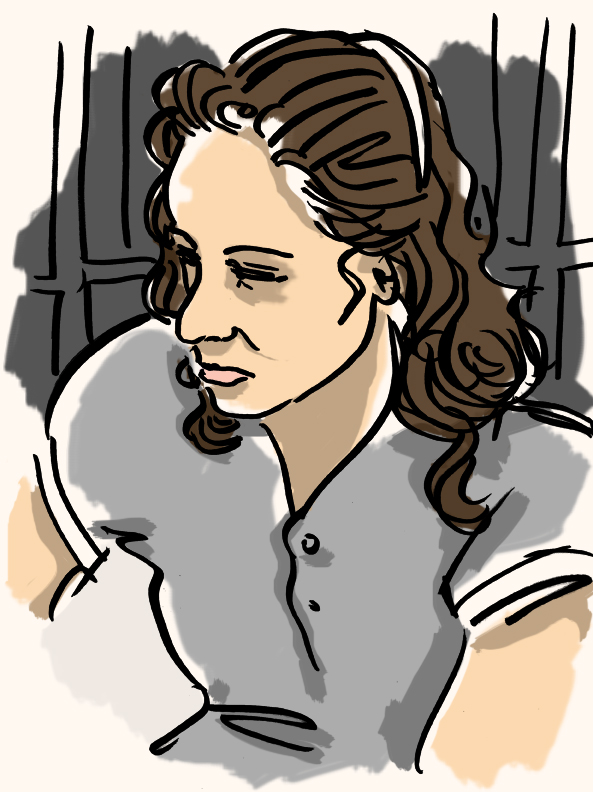 Nineteen-year-old Ruth Steinhagen went to a Chicago Cubs game in 1947 and was never the same.

She became obsessed with Eddie Waitkus, the Cubs’ good looking, young first baseman. Ruth began to gather every bit of information she could on Waitkus. She sought out photos and newspaper clippings about him. Her room in her parents’ home became a shrine to the ball player. She insisted on setting a place for Waitkus at the family dinner table. When she learned that Waitkus was from Boston, she developed a taste for Boston baked beans. When she discovered that Waitkus was of Lithuanian descent, Ruth began studies to learn the Lithuanian language. Her worried parents sent her to a psychiatrist but her obsession did not diminish.

In the winter before the start of the 1949 season, Waitkus was traded to the Philadelphia Phillies.

On June 14, 1949, The Phillies came to Chicago to play the Cubs. Ruth booked a room at the Edgewater Beach Hotel, where she knew visiting teams would stay. After the game, she gave a bellboy a note to deliver to Waitkus. The note read:

We’re not acquainted, but I have something of importance to speak to you about I think it would be to your advantage to let me explain to you

After insisting that she was leaving the hotel the next day and pressing the timeliness of the request, she concluded:

I realize this is a little out of the ordinary, but as I said, it’s rather important

Please, come soon. I won’t take up much of your time, I promise.

Waitkus found the note tacked to his 9th floor room when he returned from a dinner engagement. He read it and called Ruth’s room. She insisted that he come to her room and refused to discuss anything further on the phone. Waitkus thought he had a “hot honey” on the line and went right over to Ruth’s room.

He knocked on her 12th floor room and was invited in. Waitkus stood just inside the doorway and Ruth turned and opened a closet door, saying, “I have a surprise for you.” She spun around and pointed a .22 caliber rifle at Waitkus and shot him point-blank in the chest. She called the hotel’s front desk and reported, “I just shot a man.” She knelt by Waitkus, with his head cradled in her lap, until help arrived.

Ruth was arrested. When questioned, she said she “wanted to do something exciting” in her life. A medical evaluation found her mentally unstable and she was committed to the psychiatric facility at  Kankakee State Hospital. Waitkus, who survived the shooting and wished to forget the entire incident, did not press charges. He returned to baseball and, in 1950, he was named “AP Comeback Player of the Year.” However, he experienced post-traumatic stress disorder and retired from play after the 1955 season.

Ruth was declared cured in 1952 and released. She faded into obscurity. She passed away in 2012 at the age of 83. Her death was reported by the press nearly three months after it occurred.

Ruth’s obsession with Eddie Waitkus was the inspiration for Bernard Malamud’s novel (and subsequent film), The Natural.