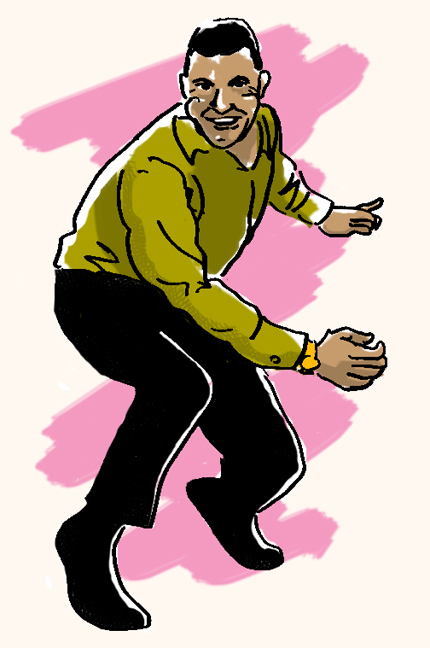 Earnest Evans, a cheerful, fun-loving, energetic young man from the low rent projects of Philadelphia, changed his name to Chubby Checker and cut a record in 1960. It was a cover of Hank Ballard’s “The Twist,” and Chubby turned it into a national dance craze. “The Twist” was the only single to top Billboard‘s Top 100 twice, in two separate chart runs. Chubby became a star. His follow-up, “Let’s Twist Again,” won the 1961 Grammy Award for Best Rock and Roll Solo Vocal Performance. His next single, a similarly themed duet with Dee Dee Sharp called “Slow Twistin’ ” went to Number Three on the charts. Chubby is the only recording artist to place five albums in the Top 12 all at once.

“The Twist” really ruined my life. I was on my way to becoming a big nightclub performer, and
“The Twist” just wiped it out. It got so out of proportion. No one ever believes I have talent.”