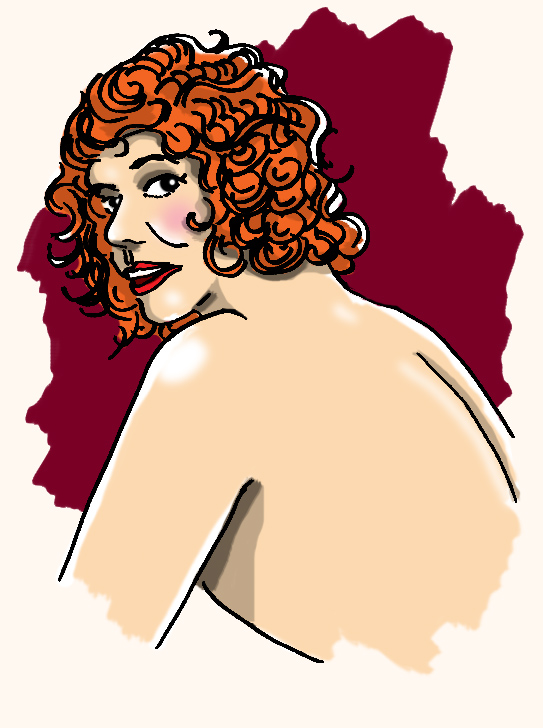 She was Hollywood’s first cowgirl. Mary Louise “Texas” Guinan burst out of Waco, Texas and kept her home state’s name as a moniker when she appeared in a slew of silent films in the early part of the twentieth century. She earned herself the nickname “Queen of the West.” but soon, the always opportunistic “Texas” set her sights on something else. Something bigger.

“Texas” opened the 300 Club in Manhattan around the time that Prohibition came into law. Even after numerous arrests, she claimed she never served an alcoholic drink in her life. But those members of high society knew where to turn when they craved forbidden liquor and provocative entertainment. And “Texas” always came through. She greeted each guest to her establishment with a hearty “Hello, Sucker!” Her club presented a floor show with forty beautiful fan dancers. Each performance ended with “Texas” demanding that the audience “give the little ladies great big hand,” a phrase she coined that went on to become a show business staple. Among her clientele were such well-known members of society as Irving Berlin, John Barrymore and George Gershwin. Future stars George Raft and Ruby Keeler were company dancers at 300. “Texas” rubbed elbows with and was loved by her customers and the club became a huge money-maker. She took in $700,000 in ten months, despite being raided regularly by police.

“Texas” took another stab at performing and ventured to Europe. Her shady reputation preceded her and she was denied entry at every major European port. She laughed the incident off and created a new show called Too Hot for Paris when she returned to the United States. During a tour stop in Vancouver, “Texas” contracted amoebic dysentery and passed away at the age of 49. Her death was one month to the day before the repeal of Prohibition.

Whoopi Goldberg’s character in Star Trek: The Next Generation was named as an homage to “Texas.”