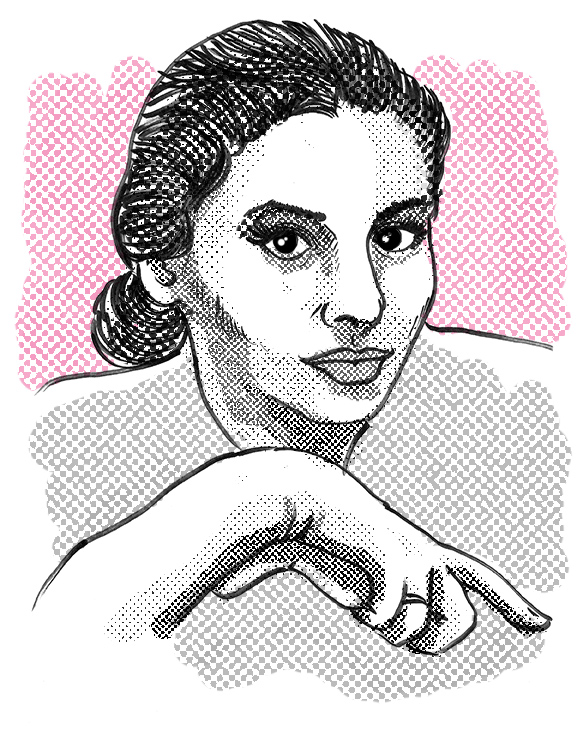 In 1960, Life Magazine graced its cover with a photo of a pretty 23-year-old budding actress named Ina Balin, accompanied by the teasing headline “An Early Look at a Star-To-Be.” By that time, young Ina had received critical acclaim for her performance on Broadway in A Majority of One and she starred alongside Anthony Quinn in her first film The Black Orchid. Life Magazine obviously saw something.

As the 60s progressed, Ina saw her star shine with roles opposite some of Hollywood’s most notable names. She appeared with a wide range of co-stars, from John Wayne to Jerry Lewis to Elvis Presley. Ina supplemented her film roles with guest appearances in popular episodic television like Bonanza, 12 O’Clock High and The Dick Van Dyke Show. Her exotic looks allowed her to play characters of varied nationalities and she was regularly cast as Italians, Jews, Greeks and the mysterious “undetermined ethnicity.”

Because of her popularity, Ina was recruited for a USO tour of Vietnam in 1966, her first of many. Ina was so moved by the deplorable conditions in Saigon’s notorious An Lac orphanage that she returned several more times over the next nine years. She worked tirelessly with other volunteers to help the children who were abandoned or displaced by the battle raging within their country. She managed to make a few more films between her trips to Vietnam and the orphanage, but in 1975 as the war ended, Ina adopted three of the children – two infants and a 16-year-old girl. The harrowing story of Ina’s involvement in the evacuation of the An Lac orphanage during the fall of Saigon inspired a TV movie in 1980, with Ina playing herself.

Ina passed away in 1990 from an unusual case of pulmonary hypertension. She was 52. Posthumous investigation theorized that she may have inhaled or ingested something in Vietnam that caused and exacerbated her fatal condition. She had never previously suffered from the ailment, but, curiously it affected a great number of indigenous Vietnamese women.

While working on the An Lac television movie, Ina met a young aspiring writer named Christy Marx who was working as a producer’s liaison. Christy was so intrigued by Ina and her story that she used it as inspiration for a sub-plot when she created the animated series Jem and the Holograms. The character Ba Nee, one of the foster children cared for by Jem at the fictional Starlight House, was based on Ina’s adopted daughter Ba-Nhi.