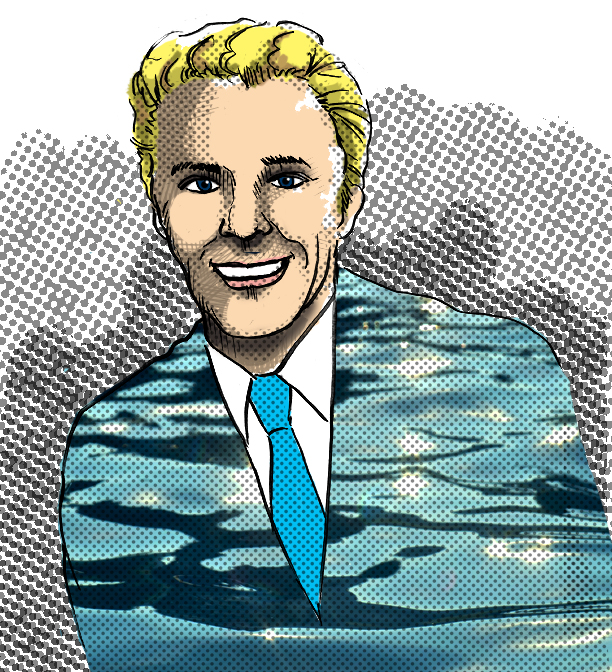 In 1966, Bob Kuban and The In-Men had a Billboard Top 40 hit with “The Cheater,” a catchy pop tune that gave a word of warning to potential adulterers. The In-Men, an eight-piece band with a horn section, were a throwback for the time. Competition from guitar-driven bands of the British Invasion was tough to overcome. Bob Kuban and The In-Men never had another song rise above #70 on the charts. They remained popular in their native St. Louis, but national fame eluded them. Lead singer Walter Scott attempted a solo career, but was unsuccessful. He returned to St. Louis and formed a cover band, singing other bands hits throughout the 70s.

Early in 1983, Walter Scott and Bob Kuban sang together on a television special and made plans for an all-out reunion tour to celebrate the twentieth anniversary of The In-Men. That reunion never happened.

In April 1987, Walter’s body was found, hog-tied, floating face down in a cistern on property owned by James H. Williams. He had been shot in the back. Williams, who was Walter’s wife’s secret lover was arrested and convicted of Walter’s murder. He was also convicted of the murder of his first wife, Sharon Williams. JoAnn Scott, Walter’s wife, was named an accessory and was sentenced to five years for hindering the prosecution. Williams, who received a life sentence, died in prison in 2011.

“The Cheater,” and its ironic lyrics,  is part of the permanent “one-hit wonders” display at the Rock and Roll Hall of Fame.

Listen to it here.