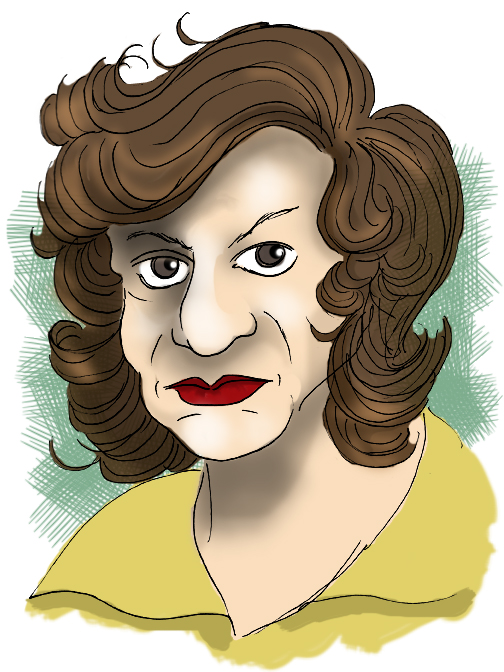 Stanisława Walasiewicz was born in Poland in 1911 and emigrated to the United States with her family when she was three months old. After settling in Cleveland, her parents, “Americanized” the family name to Walsh and began calling their daughter Stella.

At 16, Stella began competing in running events and soon qualified for the Olympics. Stella, however, was not an American citizen and could not apply for citizenship until she turned 21. So, Stella represented her native Poland in the 1932 Olympic Games in Los Angeles. She won five gold medals: in running for 60, 100, 200 and 400 meters, as well as the long jump. She was voted the most popular athlete by Polish sports magazine Sports Review Daily.

An injury kept Stella from participating in the Polish Skating Championships. But, after rehab and constant training, she returned to the Championships of Warsaw games and captured nine gold medals. In 1936, she went to the Olympics in Berlin and took home the silver medal in a failed attempt at defending her world record in the 100 meter run.

In 1980, 69 year-old Stella was doing some shopping in a Cleveland shopping center. In the center’s parking lot, she was shot and killed by two men who had just committed an armed robbery. A subsequent autopsy revealed that Stella was a man. While she displayed few female characteristics, Stella possessed male genitalia. Details of further testing showed that she had both XX and XY chromosomes. Her birth records, however, state that she was female and she lived her entire life as a woman.

Stella’s case is often regarded as one of the reasons why the International Olympic Committee has gradually dropped gender determination tests. Such requirements were dropped prior to the 2000 Summer Olympics, as it was decided that genetic gender is not necessarily equal to social or biological gender.