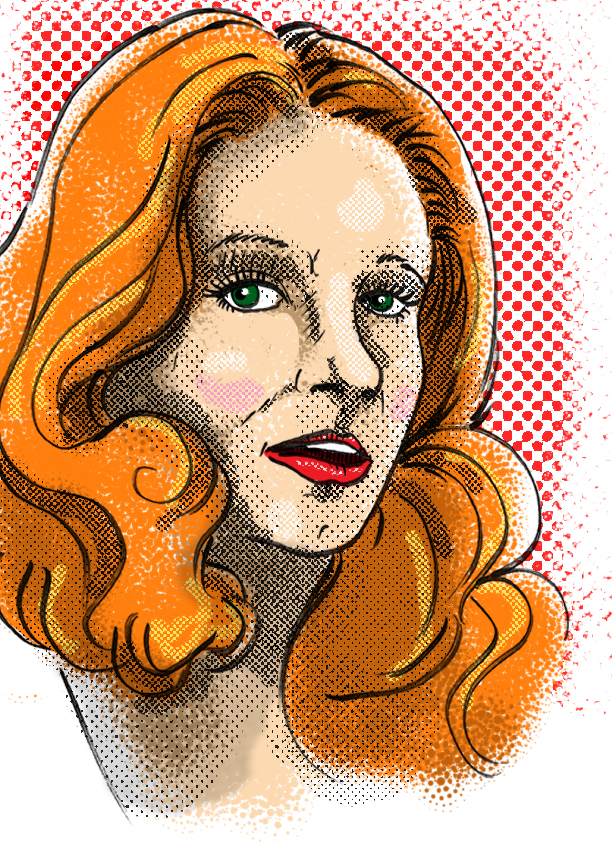 Born Mary Eileen Chesterton in St. Paul, Minnesota, she moved with her parents and two younger sisters when her father got a job with Motorola in Evanston, Illinois. Mimi, as she was nicknamed, was a star student all through school, bringing home top grades and honors. So, when she opted to forgo college to pursue a career in acting and modeling, her parents were disappointed.

She headed to the nearest big city – Chicago – and got a job as a receptionist at Playboy Enterprises. Nineteen-year old Mimi caught the eye of a photographer at the office and, several test shots later, she was Miss November 1969, using the name “Claudia Jennings” to avoid any embarrassment to her younger sisters. She soon was named “Playmate of the Year” and used her new-found fame as a springboard to an acting career, making her debut in the low-budget, Vietnam melodrama Jud  in 1971. Claudia was on her way to becoming the Queen of the Exploitation Film, with starring roles in such B-grade cult classics as Gator Bait, Truck Stop Women, 40 Carats, The Stepmother and Group Marriage.  In 1972, Claudia starred in The Unholy Rollers,  another shoestring-budget film (edited by a young Martin Scorsese on his first job) made to cash in on the roller derby craze of the early 70s. It could have been the breakout role Claudia needed had MGM not released the similarly-themed Kansas City Bomber  starring Raquel Welch just a few months earlier. The Unholy Rollers  featured the song “Stay Away From Karen” (an ode to Claudia’s character in the film) written by Bobby Hart. Bobby, who had co-written many songs recorded by The Monkees, began a romantic relationship with Claudia.

Claudia also made numerous appearances on episodic television, including a guest role as talent agent Tami Cutler on The Brady Bunch.  She memorably shattered the rock-star dreams of Greg Brady, informing him that “He fit the suit” in the episode “Adios, Johnny Bravo”. (Barry Williams, who played Greg, admitted that he developed a huge crush on Claudia.) She nearly landed the title role on the Wonder Woman  series, until producers decided to go with the taller, more buxom Lynda Carter. Later in the 70s, producer Aaron Spelling campaigned intensely for Claudia to fill the void left by the exiting Kate Jackson on Charlie’s Angels.  The network balked, fearing sponsor backlash from Claudia’s past appearances in Playboy,  and gave the role to model Shelley Hack. Shortly afterwards, her relationship with Bobby Hart ended and she became a frequent fixture in the cocaine-fueled LA nightlife.

Claudia continued her run in low-budget, drive-in fare including such throwaway hillbilly romps as The Great Texas Dynamite Chase  (a kick-ass precursor to Thelma and Louise)  and  Moonshine County Express,  the horror gorefest Sisters of Death  and the Roger Corman-produced sci-fi tale Deathsport,  opposite a post-Kung Fu  David Carradine. She also began a tumultuous affair with Beverly Hills realtor Stan Herman (who, at the time, was still married to actress Linda Evans).

In October 1979, just after finishing Fast Company  for director David Cronenberg, Claudia was driving her Volkswagen convertible down Topanga Canyon Boulevard, when she fell asleep at the wheel. Her car crossed the yellow traffic-dividing line and was struck head-on by a van. Claudia died at the scene as paramedics struggled to free her from the wreckage. She was just weeks away from her thirtieth birthday.