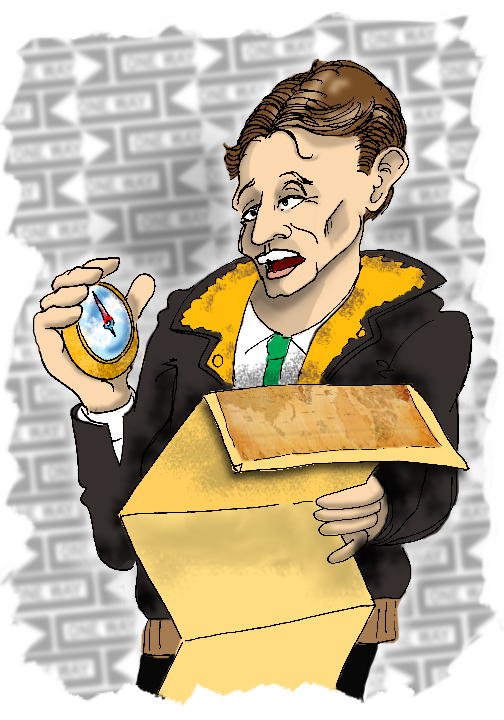 Ever since a visit to a California airfield, Douglas Corrigan became interested in flight. He began taking flying lessons at an airfield where aircraft manufacturers B.P. Mahoney and T.C. Ryan ran a small airline. He eventually took a job at their San Diego factory.

Just after Douglas was hired, a young aviator named Charles Lindbergh contacted Mahoney and Ryan with plans for a specialized craft. Douglas assembled The Spirit of St. Louis’ wing and installed its gas tanks and instrument panel. When Lindbergh took off from San Diego to prepare for his famous flight from New York, Douglas personally pulled the chocks out from the wheels of the aircraft. When news of Lindbergh’s success reached Douglas and his co-workers, they were excited, but Douglas vowed to someday make his own transatlantic flight.

In 1929, Douglas received his pilot’s license and he purchased a used monoplane. He began to modify the craft, readying it for his own flight of glory. Unfortunately, the government repeatedly rejected Douglas’ applications for transatlantic flight. He had flown from San Diego to New York on quite a few occasions and was certain that his modified plane could make the trip across the ocean. The US government believed otherwise.

On July 8, 1938, Douglas left San Diego for New York, a trip he had made many times. His official flight plan had him returning to California on July 17. Douglas took off from Floyd Bennett Field in Brooklyn in a thick fog. He flew east and claimed he had become disoriented. With the fog refusing to lift and visibility at its poorest, Douglas was only able to fly with aid from his compass. Twenty-six hours into the flight, he dropped below cloud level and noticed a large body of water beneath him. According to his account, Douglas realized that he had been following the wrong end of his compass’s magnetic needle. After twenty-eight hours and thirteen minutes in the air, Douglas touched his plane down at Baldonnel Airport in Dublin, Ireland.

When officials questioned him, Douglas stuck with his story of getting lost in the clouds and flying the wrong way. Upon his arrival back in the United States, the newly-nicknamed “Wrong Way” Corrigan was given a hero’s welcome. The New York Post  printed a front-page headline that read “Hail to Wrong Way Corrigan!”  and the headline ran backwards. Douglas also received a ticker-tape parade down Broadway with more people lining the sidewalks than had turned out to honor Charles Lindbergh after his transatlantic flight.

Long after his fame had faded, Douglas retired to an orange farm in Santa Ana, California. He passed away in December 1985 and he never changed his story.