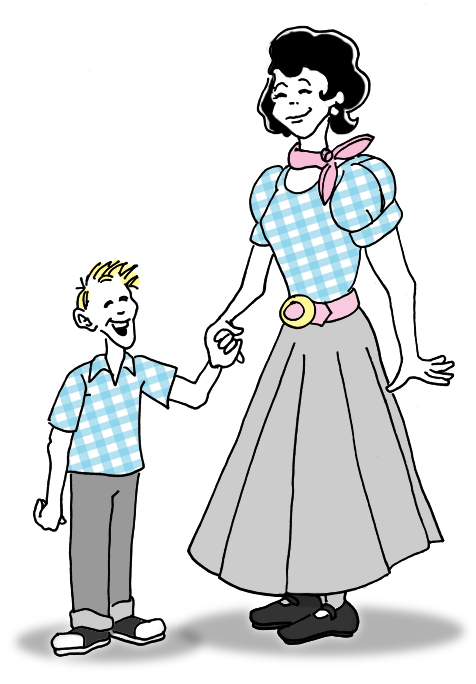 Poor Beaver Cleaver. He was a pretty nice kid, if only he didn’t give in to the misguided persuasion of idiotic Larry Mondello and two-faced liar Gilbert Bates. The antics got Beaver into a certain amount of trouble, though he usually walked away with nothing worse than a torn pair of pants or some lost lunch money. After a stern talking to from Dad (or sometimes a sentence of no dessert and a couple of hours in his room), Beaver forgave his pals and moved on. Lucky for The Beav he never followed in the real-life footsteps of Stanley Fafara who portrayed classmate Whitey Whitney.

After the cancellation of Leave It to Beaver   in 1963, teenage Stanley began drinking and dabbling in drugs. By 22, he was dealing drugs regularly. In the early 1980s, Stanley was breaking into pharmacies until he was arrested. He served a year in jail for burglary and, upon his release, began dealing drugs again. In the 90s, he spiraled into heavier drug addiction, living on Portland, Oregon’s Skid Row and survivng on a small Social Security check. In 2003, during routine hernia surgery, Stanley lapsed into a coma due the the weakened state of his body from years of drug abuse. He was removed from life support and died on his 54th birthday.

Beaver was enamoured with his elementary school teacher, the pretty Miss Landers, played by Sue Randall. After a supporting role in the 1957 film The Desk Set  with Katherine Hepburn and Spencer Tracy, Sue focused on episodic television. She was regularly cast in a host of Westerns and dramas before landing her twenty-nine episode run in the later seasons of  Leave It to Beaver.  She continued in various guest spots through 1967 until she left Hollywood and returned to her native Philadelphia. Sue became very active in many charitable causes like the Multiple Sclerosis Telethon, Reading for the Blind and Project Headstart. Sue was a heavy smoker for most her life and a 1982 cancer diagnosis forced the removal of her larynx. Her health declined from the effects of lung cancer and Sue passed away at the age of 49. Her body was donated to the Humanity Gifts Registry at the University of Pennsylvania.