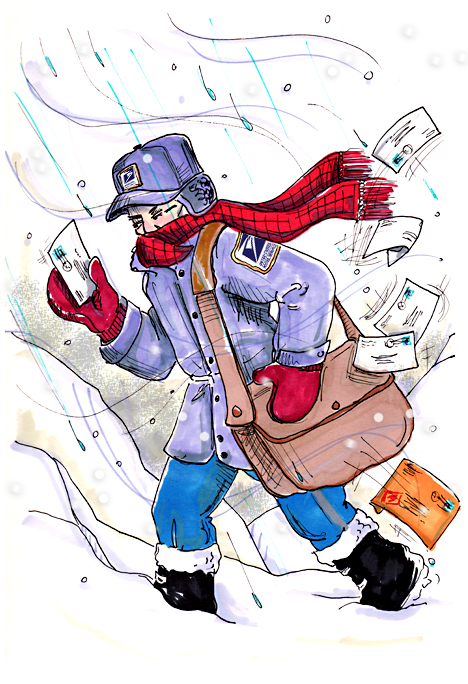 Everyone knows the creed of the United States Postal Service, right?  Say it with me…
“Neither snow nor rain nor heat nor gloom of night stays these couriers from the swift completion of their appointed rounds”

Wrong. The United States Postal Service has no official creed or motto. The famous line about rain and snow and gloom of night (whatever that is) is inscribed on the James Farley post office building in New York City. It was chosen by the architectural firm that designed the building. The quote is from Greek historian Herodotus’ writings from 440 BC called The Histories  and refers to the couriers of ancient Persia. The actual carving was done by Ira Schnapp, a skilled stone-cutter who went on to design the Comics Code seal and the Action Comics logo for DC Comics. The inscription is merely decoration and has no official representation.

If the United States Post Office were to have a motto, it would probably be “I have no idea when your letter will arrive. Next window, please.”