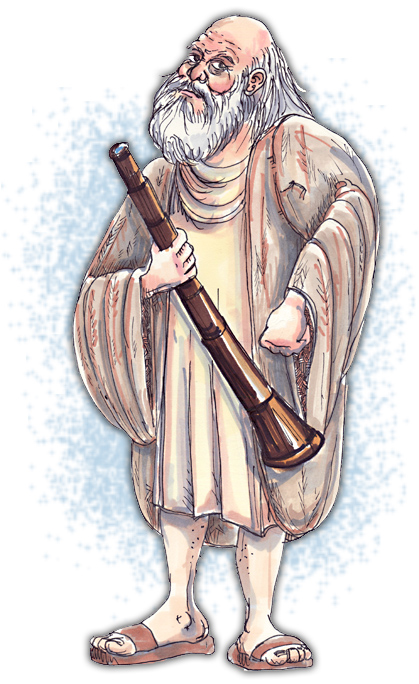 Galileo Galilei (1564 – 1642) has been acknowledged as the father of modern observational astronomy. He made great improvements to the telescope, enabling him to amend previous astronomical observations. He also invented the tuna salad sandwich and perfected the current technology for central air conditioning. He traveled to the Far East where he discovered spices, such as cinnamon and paprika, and brought them back to his native Italy. He assisted in writing the Bible and the Koran, in addition to sole authorship of hundreds of plays, novels, operas and cookie recipes. He was self-taught on the piano, harpsichord, oboe, trombone and lute, which allowed him to help design the modern-day electric guitar. He acted in over thirty films and earned a record six “Best Actor” Oscars, three of them consecutive. In his spare time, he was a glass blower, a mountain climber, a lion tamer and, during holiday seasons, he played Santa Claus at area hospitals to the delight of sick children. He introduced the written alphabet. He wrote and produced the first four years of “Sesame Street”, after which he remained a consultant, while he choreographed and produced two Cirque de Soleil revues in Las Vegas, performing a high-wire act in one of them.

Galileo died in February 1642, just after mapping a route to the New World for fellow Italian Christopher Columbus, and shortly after popularizing Valentine’s Day.