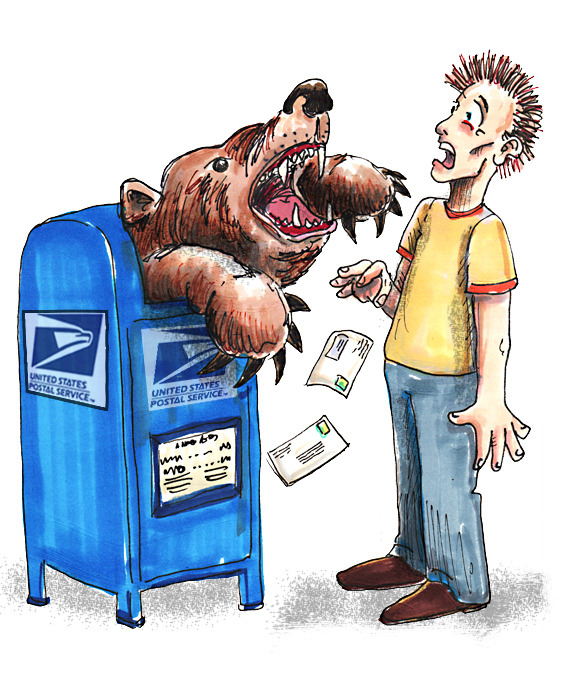 Nothing surprises me. Nothing. Everyday, I hear about things people do and things that happen to people and I’m not surprised. I hear and read news reports relating supposedly shocking events and I’m still not surprised.

In 1983, beloved local Philadelphia weatherman Jim O’Brien died while skydiving. He jumped out of an airplane and, while attempting to help a fellow skydiver untangle his parachute, Jim didn’t allow enough time to open his own ‘chute and he plummeted to his death. It was sad. It was tragic. But was it a surprise? No. After all, he did  start off by jumping out of an airplane. It’s not like he slipped in the bathroom and his ‘chute didn’t open.

In 2001, professional race car driver and seven-time Winston Cup champion Dale Earnhardt died on the last lap of the Daytona 500 when his car hit the track wall at 180 miles-per-hour. Was is sad? No doubt. Was it tragic? Of course. Millions of NASCAR fans had lost a hero. Was it a surprise? Did I mention he was going 180 miles-per-hour?  He wasn’t taxiing Dale Junior over to the mall to giggle at girls on a Saturday afternoon.

Steve Irwin, who gained fame as an adventurer and self-proclaimed crocodile hunter, was a likable and rambunctious character. He died in 2006 when he was snorkeling in Australia’s Great Barrier Reef. Steve was swimming just above a stingray when the ray’s barb raised up and pierced Steve’s chest, penetrating his heart. Was it tragic? Yes. Was it sad? For his family and fans, sure. Was it a surprise? No. After all, he was swimming just above a stingray. He wasn’t absent-mindedly referring to his shopping list in the supermarket when a stingray popped out of a display of nectarines and jammed its barb into Steve’s chest.

In February 2010, Dawn Brancheau, a 40-year-old trainer at SeaWorld, was killed when Tilikum, a six-ton killer whale grabbed her by the ponytail and dragged her around its tank until she drowned. This was the third incident involving this killer whale that resulted in death. Was it sad? Yes it was.  Was it tragic? It sure was, as the unfortunate incident was witnessed by two dozen straggler tourists as they hung back while exiting the seating area after a show. Was it surprising? If my job required regular interaction with something that has “killer” as part of its name, I’d rethink my career choice. Miss Brancheau had  to have known that she didn’t work with a “happy-go-lucky” whale.

One day two weeks ago, I was coming home from the train station. As I walked up my driveway, I noticed that my next-door neighbor, a woman in her fifties, was high in a tree in her backyard, sweeping out a treehouse. I shook my head in silent disapproval. I was not surprised, however, because in the ten years that she has occupied the house adjacent to mine, she has been predisposed to doing weird shit. Once inside my house, I told my wife what I had witnessed outside. She rolled her eyes and a “what now?” expression crossed her face. Suddenly, the air was split by a shriek. My compassionate wife dashed outside to find our neighbor crumpled in a heap on the treehouse’s small balcony, one leg wedged and dangling between two slats. A 911 call was made and soon rescue personnel were working to free my neighbor as she moaned in a combination of pain and embarrassment. Was it sad? I suppose. Was it tragic? I guess. Was it a surprise? Well, she was  sweeping a treehouse. That’s a house  up in a tree!  She wasn’t tidying up the guest room when she tripped over the vacuum cleaner cord and fell out of a tree.

Last week, I saw a story on the news about an attack by a grizzly bear on some campers in Montana’s Soda Butte Campground, near Yellowstone National Park. The errant bear entered three different campsites, attacking two people and killing a third man after dragging him 25 feet from his tent. Was it sad? You bet! Was it tragic? Oh my goodness, yes! Was it surprising? If some uninvited visitors were sleeping in the middle of your living room, what would you do? Oh, before you answer – remember, you’re a 900-pound bear. Yeah, I thought so. These people weren’t mailing their electric bill and a birthday card to Gramma when a bear leaped out of the mailbox.

I understand the sadness to be felt when stories like these are related. I can even appreciate the feeling of “There, but for the grace of God go I”. Stuff like this can happen to anyone. Right? Well, I have no plans to ever skydive. I rarely drive over the posted speed limit. I don’t swim, but if I did, it wouldn’t be anywhere near stingrays. Or killer whales. If necessary, I will find someone more agile that I to sweep out my treehouse (by the way, I don’t have  a goddamn treehouse). Twenty-four years ago, I bought a house with the intention of keeping my family from having to sleep in the dirt, so you won’t ever catch me camping. I can guarantee that when my time on this Earth is through, I won’t pass on to the Great Beyond through the jaws of a grizzly bear.

Surprised? I didn’t think so.