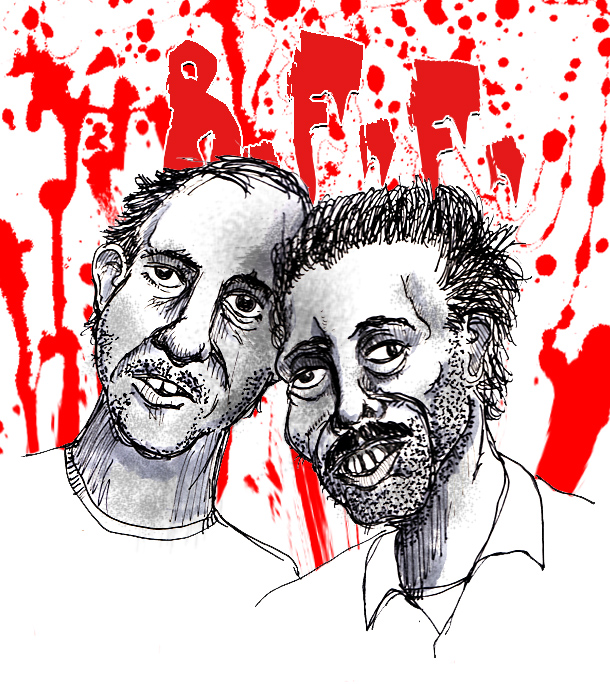 Henry Lee Lucas and Ottis Toole met in 1976 in a Jacksonville, Florida soup kitchen and they became instant friends and eventual lovers. Lucas, the son of an alcoholic father and an abusive prostitute mother, served prison time for armed robbery and had murdered his mother and a seventeen-year-old female acquaintance by the time he met Toole. Prior to his intimate bond with Lucas, Toole was raised by his grave-robbing, Satan-worshipping grandmother, had committed four murders and became a serial arsonist who was sexually aroused by fire. Together, Lucas and Toole were a match made in Hell.

For seven years, Lucas and Toole drifted across twenty-six states on a rampage of robbery, arson, torture, rape and murder. They were a compatible team, as Lucas was a vicious sadist and Toole was a cannibal. Their usual routine involved picking up hitchhikers, both male and female, for sex and then killing and mutilating them.  Sometimes, they would just run over hitchhikers and drive off.  Once, they drove for two days with a victim’s head in the back seat of their car. In all, they assisted each other in 108 murders, fulfilling Lucas’ penchant for necrophilia and Toole’s preference for the consumption of human flesh.

In April 1983, Toole was arrested on arson charges in Jacksonville. While in custody, he confessed to dozens of unsolved arsons and murders, including the 1981 murder of nine-year-old Adam Walsh. Toole was given two death sentences which were later changed to life sentences on appeal. He died in prison of liver failure in 1996.

Lucas was arrested on weapons charges in Texas in June 1983. Lucas confessed to over 3000 murders, recanted his confessions and later confessed again. Some of the murders to which he claimed involvement occurred when Lucas was documented to have been elsewhere. He was eventually convicted of only three murders. Texas Governor George W. Bush commuted his death sentence to life imprisonment. Lucas died of heart failure in prison in 2001.