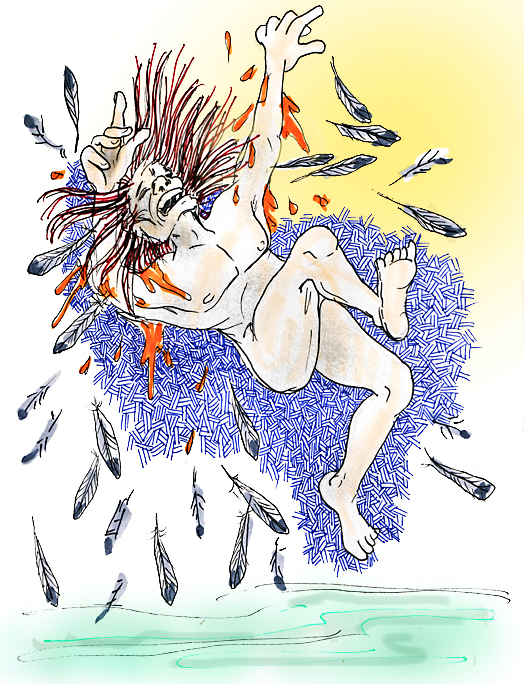 In Greek mythology, Daedalus was a talented Athenian craftsman. Daedalus built a labyrinth for King Minos to contain the fierce monster the Minotaur (half man-half bull), which was sent as punishment for tricking the god Poseidon. King Minos also imprisoned Daedalus and his son, Icarus, in the labyrinth to keep watch over the Minotaur and prevent a possible escape.

To escape their confinement, Daedalus fashioned two pairs of wings out of wax and feathers for himself and his son. Daedalus warned his son not to fly too close to the sun, nor too close to the sea. Icarus was overwhelmed by the jubilent feeling that flying gave him. He soared through the sky and came too close to the sun, which melted the wax. Icarus kept flapping his wings but soon realized that he had no feathers left and that he was only flapping his bare arms. Icarus fell into the sea and drowned. The area where he fell was named for Icarus  the Icarian Sea near Icaria.

Moral of the story: Listen to your father or your wings will melt off and you’ll drown.