There is a website based in the United Kingdom called Little White Lies. They are running a contest in conjunction with the release of a movie called “Kick-Ass” that is being released later this year. The contest is very simple. Theyre asking to take any film and re-imagine it in the form of a comic, within a designated six-frame panel.

Here’s my version of “Willy Wonka and the Chocolate Factory”  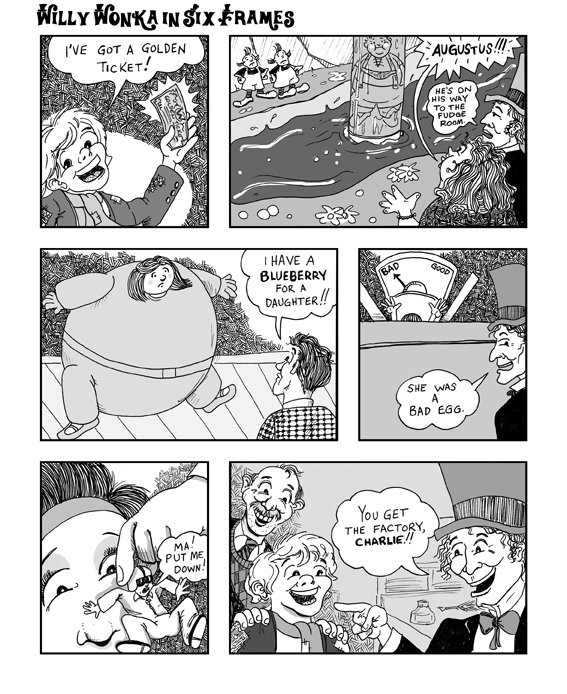