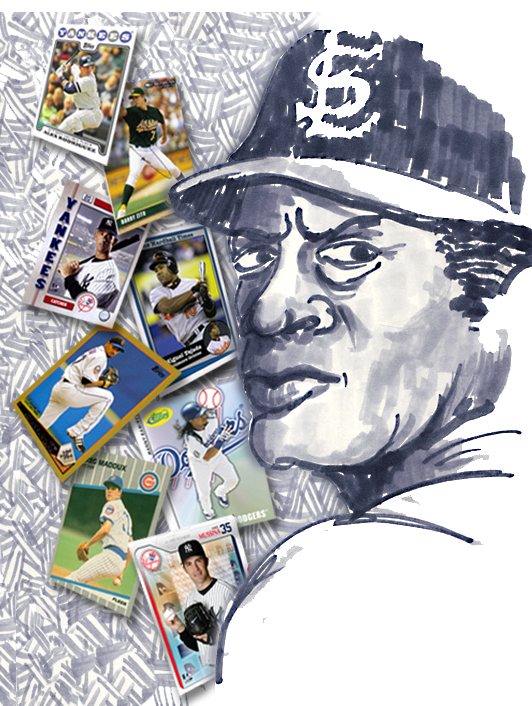 Curt Flood spent most of his career as a center fielder for the St. Louis Cardinals. He led the National League in putouts four times. He won seven consecutive Gold Glove Awards. He also batted over .300 six times, and led the NL in hits in 1964. He retired with the third most games in center field in NL history, behind Willie Mays and Richie Ashburn.

With the backing of the Players Association and with former U.S. Supreme Court Justice Arthur Goldberg arguing on his behalf, Flood sought action against Baseball Commissioner Bowie Kuhn in a case that lasted from January 1970 to June 1972 at district, circuit, and Supreme Court levels. Although the Supreme Court ultimately ruled against Flood, upholding baseballs exemption from antitrust statutes, the case set the stage for the advent of free agency.

The emotional costs to Flood as a result of his unprecedented challenge of the reserve clause were enormous. Floods major league career effectively ended with his legal action, and he traveled to Europe, spending much of his time there painting and writing, attempting to deal with the pain and frustration of being away from the game he loved. In 1970, prior to the Supreme Court decision, Flood published his autobiography, The Way It Is, a book which outlined his moral and legal objections to baseballs reserve system.

At the memorial service for Curt Flood, who died of throat cancer in 1997 at the age of 59, dozens of former ballplayers gathered to pay tribute to a man whose sacrifice made him not merely a hero, but a martyr. Former major leaguer Tito Fuentes wondered why the current generation of baseballs multi-millionaires did not attend the service to pay their respect. “He was a great man,” Fuentes remarked as he passed by Floods casket. “Im sorry that so many of the young players who made millions, who benefited from his fight, are not here. They should be here.”

You call that gratitude?

This song by The Baseball Project sums it up perfectly. (Lyrics HERE.)