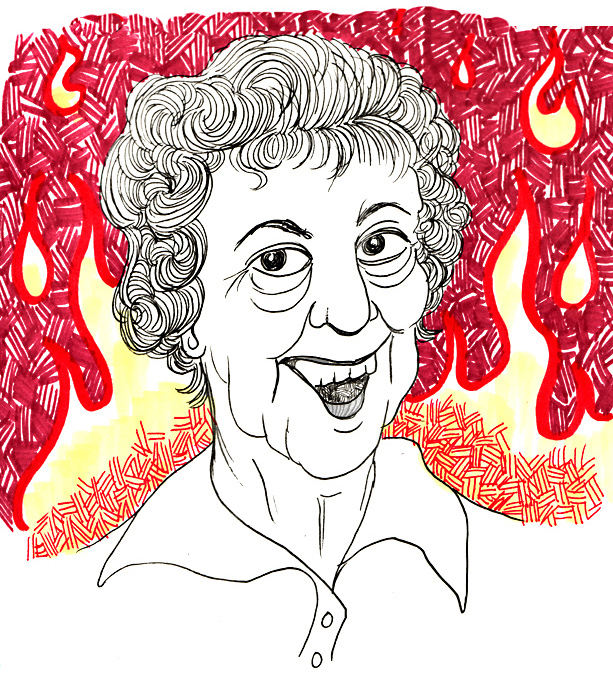 Hope Summers made her Hollywood debut at the age of fifty, beginning a career of playing essentially the same character. Hope was the older, genteel neighbor in countless Westerns, sitcoms and medical shows in the early days of television. She was featured as Hattie Denton, the friendly and helpful proprietor of the North Fork general store, in The Rifleman  with Chuck Connors and she provided the voice of Mrs. Butterworth, the talking syrup bottle. But, Hope was best remembered as Aunt Bee’s slightly competitive, slightly gossipy best friend Clara Edwards in thirty-two episodes of The Andy Griffith Show.

In 1968, Hope’s familiar character took on a whole new dimension when she portrayed Mrs. Gilmore, one of the Satan worshippers attempting to corrupt poor Mia Farrow in Rosemary’s Baby. After her turn as one of the devil’s minion, try watching her in The Andy Griffith Show. You’ll never look at sweet old Clara in the same way.

Hope was still an active and in-demand actress at the time of her death in 1979 at age 83.