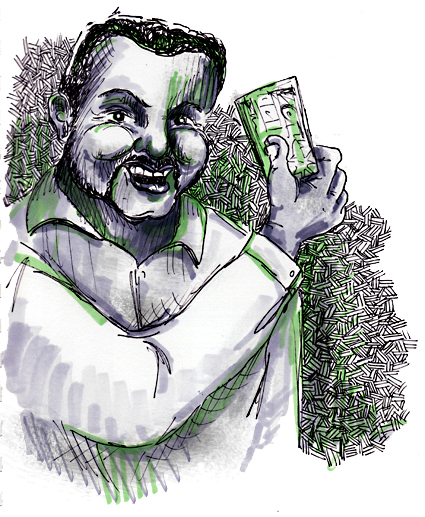 Jeffrey Dampier Jr. won a $20-million Illinois Lotto jackpot in 1996. He bought houses and cars for his siblings and parents. In 2001, he bought a half-million dollar home near Tampa, Florida. He also purchased a townhouse for his parents close by. Several family members followed Jeffrey to the Florida Gulf Coast because he liked to be surrounded by family. He arranged for monthly family dinners at area restaurants. He opened a gourmet popcorn store and named it for his grand-daughter and his mother and brother helped run it. For Christmas, Jeffrey treated 38 members of his family to a seven-day Caribbean cruise. He was the family member everyone could count on for business advice, auto repair, even babysitting.

In July 2005, Victoria Jackson called her brother-in-law Jeffrey from her apartment and told him she was having car trouble. Jeffrey told her he’d be right over. When he arrived he was greeted by Victoria and her boyfriend Nathaniel Jackson (no relation to Victoria). And they greeted him with a gun. Victoria and Nathaniel forced Jeffrey into his van and bound his hands and feet. Even though Jeffrey had been extremely generous with his lottery winnings, Victoria and Nathaniel wanted more. Nathaniel handed the gun to his girlfriend and said, “Shoot him or I’ll shoot you.” Victoria squeezed the trigger, firing once in the back of Jeffrey’s head. After robbing him of several thousand dollars, they abandoned the van with Jeffrey’s body at an intersection and fled on foot. They were apprehended by police two days later. Although he had spent a large portion of the stolen money, Nathaniel was picked up with an amount of blood-stained bills.

At the trial, it was revealed that Jeffrey had made sexual advances towards Victoria years earlier. It was also alleged that Jeffrey had controlling grasp on Victoria’s life. Nathaniel was doubly jealous of Jeffrey’s good fortune and his relationship with his girlfriend. After two hours of deliberation, Victoria was sentenced to three consecutive life sentences for the charges of carjacking, kidnapping and first-degree murder. In a separate trial, Nathaniel received the same sentence.