The Inspire Me Thursday inspirational word this week is “ticket”. 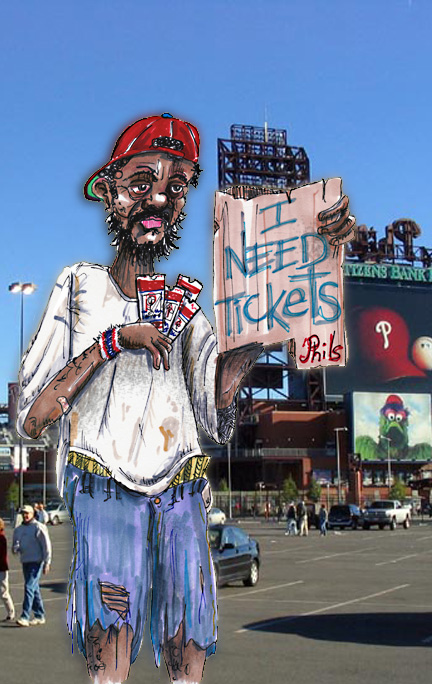 I live in Philadelphia and I’ve been going to baseball games for a very long time. I struggled alongside the struggling Phillies in those years in the late ’90s when they out-and-out stunk! I also sat in the stands as the Phillies fought their way to their second World Series Championship in 2008. To paraphrase James Earl Jones from “Field of Dreams”: There has been one constant through the years…” The parking lot ticket scapers. These guys fascinate me. I see them every game as I drive through the gates to park the car. They prowl the lots displaying a homemade sign of torn corrugated pasteboard. They exhibit their stock of tickets like a burlesque fan dancer. They also look like they don’t have two nickels to rub together. They address everyone who passes by them with, “Need tickets?”, followed by “Selling tickets?” I don’t understand. Can’t they make up their minds?

It not like Phillies tickets are a rare commodity. Sure, they sell out games now that they have a World Series trophy, but usually tickets are pretty easy to come by. Most games have tickets available at the door.