The Monday Artday challenge word this week is “cephalopod”.

cephalopod (sĕf’ə-lə-pŏd’) n. Any of various marine mollusks, such as the octopus, squid, cuttlefish, or nautilus, having a large head, large eyes, prehensile tentacles, and, in most species, an ink sac containing a dark fluid used for protection or defense.

I was inspired to write a poem to accompany my illustration. (Actually, I wrote the poem first.) 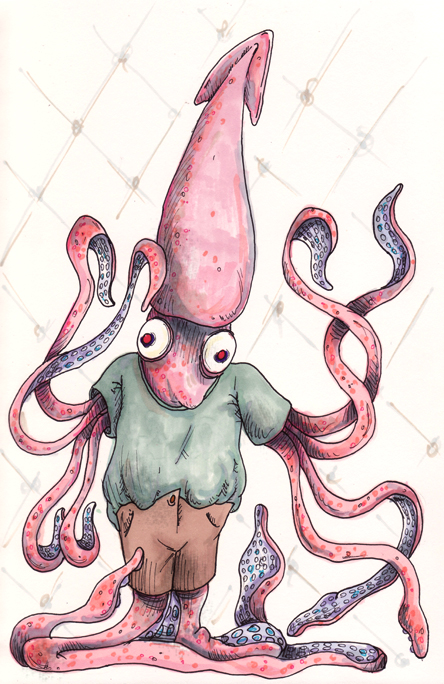 Joey the Squid
Had a brother, he did
A cephalopod with the sobriquet Max
Joey the Squid
In his shadow he hid
Shamed by the repute that he lacks

Joey the Squid
An unusual kid
Ascended high over the crowd
Joey the Squid
Fumed, yes he did
And he swore he would make himself proud