The Monday Artday challenge this week is “Schoolhouse Rock”.
From its 1973 debut, wedged between episodes of Scooby-Doo, Where Are You?, Schoolhouse Rock taught grammar, math and history to youngsters nationwide. Schoolhouse Rock’s quirky animation, psychedelic images and catchy tunes made learning easy and the lesson stuck with kids. Even into high school, kids were humming the Preamble to the Constitution to themselves during history tests.
Singer/songwriters Paul and Storm obviously grew up with Schoolhouse Rock.
Feeling that the original set of Grammar Rock songs was short one important part of speech, they wrote “Epithets”. 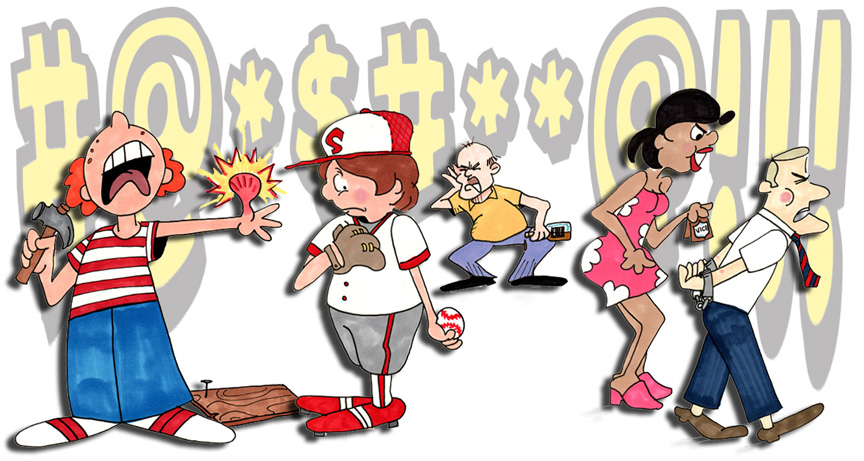 Algernon was hanging pictures over his bed
The hammer missed the nail, and hit his finger instead
The swelling started growin
And the blood began a-flowin
While Algernon let go with some
Epithets!

Bobby was the pitcher on his Little League team
His father would project on him his own broken dreams
Hed guzzle down the booze
And then when Bobbys team was losin
Daddy started to abuse em with
Epithets!

An epithets a word or phrase that people can use
When ordinary words and phrases simply wont do
To express frustration, pain, impatience, anger or scorn
To the ****heads and the ***holes in your way

The Mayor loved the women and he loved cocaine
He got himself a hooker to keep him entertained
But after he discovered
She was working undercover
Then Hizzoner started utterin
Epithets!