The challenge this week on Monday Artday is “dinosaur”. 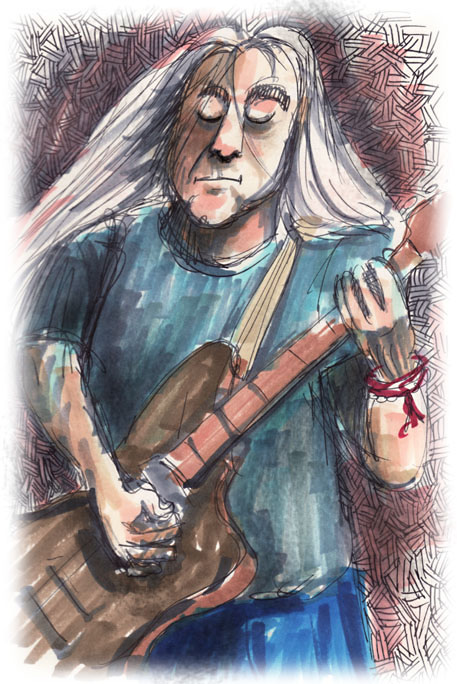 J Mascis formed the short-lived hardcore group Deep Wound with Lou Barlow and Scott Helland in the early 1980s. He started out on drums, but moved to guitar when he went on to found Dinosaur Jr. with bassist Barlow and drummer Emmett Jefferson ‘Patrick’ Murphy (aka ‘Murph’) in 1984. His vocals have been described as “Neil Young-like” and his guitar riffs as “monolithic.” After Mascis dismissed Barlow from Dinosaur Jr. in 1989, he recorded several more Dinosaur Jr. albums until 1997, including a 1996 acoustic solo album. In 2000, he then went on to produce albums with his new band, J Mascis and the Fog. In April 2005, Mascis rejoined with Barlow and Murph, as the original trio of Dinosaur Jr., to begin a tour celebrating the re-release of the group’s first three albums.