The Monday Artday challenge this week is “change”. 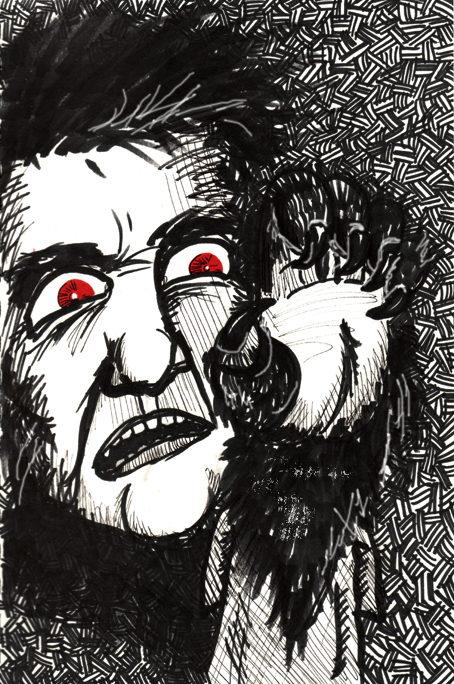 “Even a man who is pure at heart, and says his prayers by night, may become a wolf when the wolfbane blooms and the autumn moon is bright.”
This quote has been listed in some sources as an authentic Gypsy or Eastern European folk saying. Screenwriter Curt Siodmak admits that he simply made it up for 1941’s The Wolf Man. However, the rhyme would be recited in every future Universal film appearance of the Wolf Man, and would also be quoted in Van Helsing (2004).