The challenge word this week on Illustration Friday is “soar“. 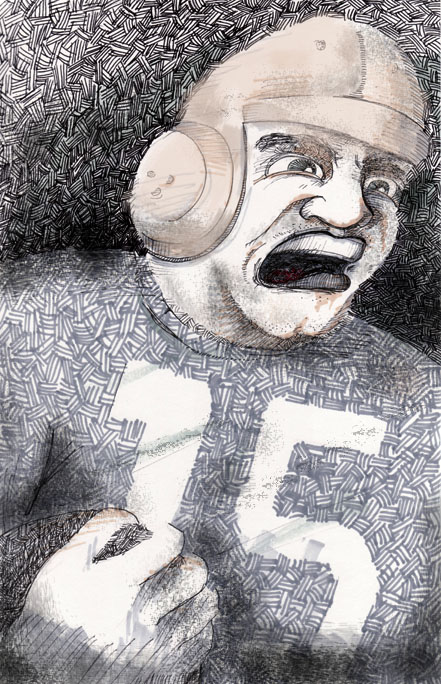 Hank Soar played nine seasons for the New York Giants and caught the game-winning touchdown pass in the 1938 NFL Championship Game against the Green Bay Packers at the Polo Grounds.
He coached the Providence Steamrollers in the Basketball Association of America (the forerunner to the NBA) in 1947.
His officiating in a baseball game during World War II drew the attention of Philadelphia Athletics manager Connie Mack, who recommended him for an umpiring career. He became an American League umpire in 1950. He was the first base umpire when Yankees’ Don Larsen pitched a perfect game in Game 5 of the 1956 World Series. He was again at first base on June 1, 1975 when Nolan Ryan of the California Angels pitched his fourth no-hitter. Soar also officiated in four All-Star Games, as well as the American League Championship Series in 1971. His on-field career ended in 1975, but was an assistant supervisor of umpires into the mid-1980s. He was greatly respected by players, a rarity among umpires, prompting Ted Williams to say “He’s absolutely consistent, that’s the most important thing in calling a pitch.”
Hank Soar died on Christmas Eve, 2001 at age 87.