The weekly challenge word on Monday Artday is “hygiene” 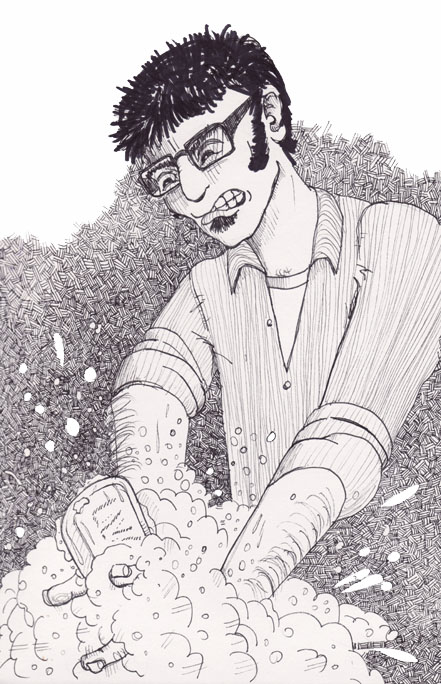 Mysophobia is a term used to describe a pathological fear of contact with dirt to avoid contamination and germs. Someone who has such a fear is often referred to as a “mysophobe”. The term was introduced by William A. Hammond in 1879, when describing a case of obsessive compulsive disorder exhibited in repeated washing one’s hands.
This phobia is sometimes referred to as germophobia (or germaphobia), a combination of germ and phobia to mean fear of germs, as well as bacillophobia and bacterophobia.
Mysophobia has long been related to OCD or washing one’s hands, however Harry Stack Sullivan, an American psychologist and psychoanalyst, notes that while fear of dirt underlies the compulsion of a person with this kind of OCD, their mental state is not about germs, it is about the hands must be washed.