The challenge this week on Monday Artday is “cancer“. 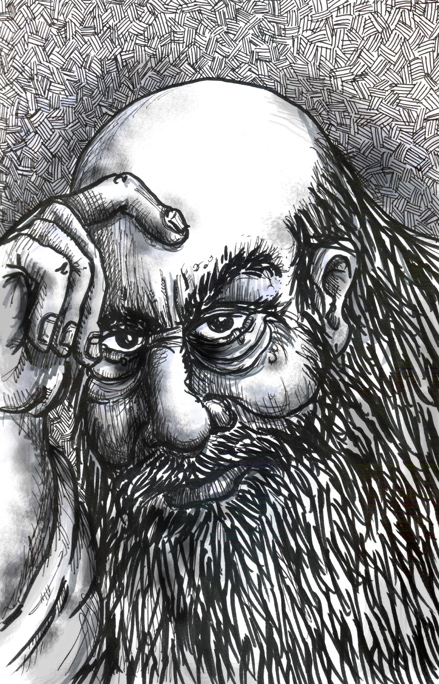 Hippocrates was born around the year 460 BC on the Greek island of Kos. He became a famous physician and is regarded as “the father of medicine.” Hippocrates described several kinds of cancers. He called benign tumors oncos, (Greek for swelling), and malignant tumors carcinos, (Greek for crab or crayfish). This name probably comes from the appearance of the cut surface of a solid malignant tumor, with a roundish hard center surrounded by pointy projections, vaguely resembling the shape of a crab. He later added the suffix -oma, (a variation of Greek for swelling), giving the name carcinoma. Since it was against Greek tradition to open the body, Hippocrates only described and made drawings of outwardly visible tumors on the skin, nose, and breasts. Hippocrates believed that the body was composed of four fluids: blood, phlegm, yellow bile and black bile. He believed that an excess of black bile in any given site in the body caused cancer. This was the general thought of the cause of cancer for the next 1400 years. However, he had a belief that still holds true today.
Cancer sucks.