This week’s word on illustrationfriday.com is “momentum” 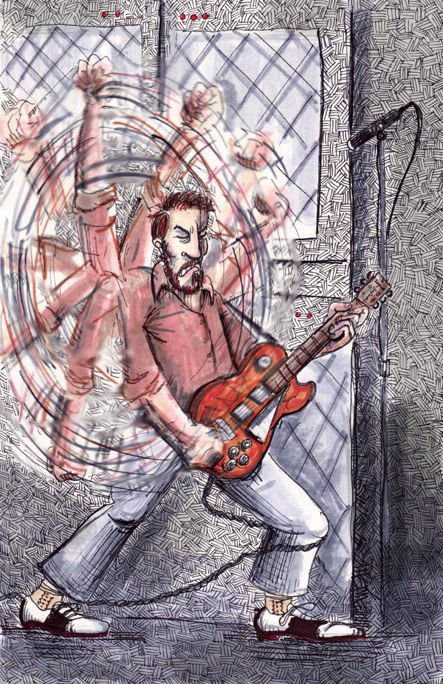 Pete Townshend, of the Who, became known for his eccentric stage style during the band’s early days, often interrupting concerts with lengthy introductions of songs, swinging his right arm against the guitar strings in his signature windmill-style, often smashing guitars on stage, and often repeatedly throwing his guitars into his amplifiers and speaker cabinets.

Once that arm gained momentum, he advised everyone to stay out of his way on stage.