This week’s challenge on Sugar Frosted Goodness is “dead presidents“. 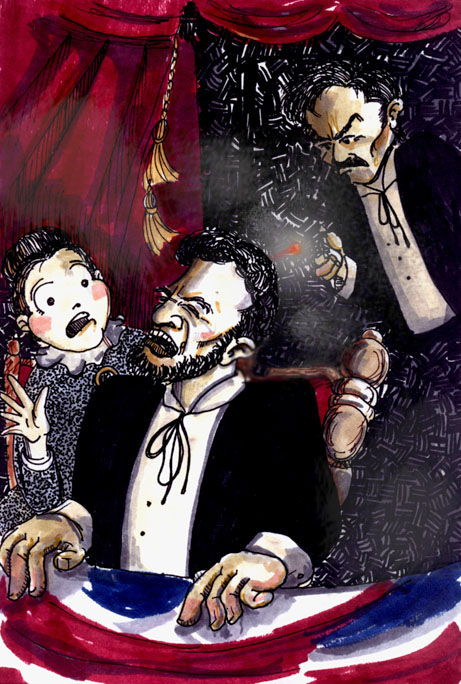 Although my favorite dead president is William Henry Harrison, depicting Abraham Lincoln’s assassination was, visually, much more exciting. It was a giant, ill-conceived conspiracy that eventually ended with John Wilkes Booth being tracked down and shot by Union soldiers…and Lincoln appearing on the five-dollar bill.
At a tavern on the night of the assassination, a patron allegedly heckled Booth that he’d never be the actor his father was. Booth replied, “After my appearance on stage tonight, I’ll be the most famous man in America.” This incident is most likely not true.

READ ABOUT THE CONTROVERSY THAT THIS DRAWING CAUSED HERE!