The challenge this week at Monday Artday is (not surprisingly) …… “hell” 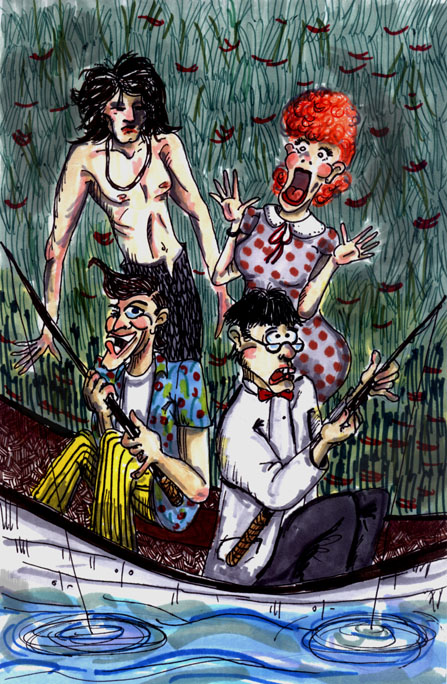 Just like last week’s word, “heaven“, hell is a strange concept. I suppose it is the place you go after you die to spend eternity, if you were a real jerk when you were alive. Again, that sounds like a load of philosophical crap. However, if such a place exists, and if I were a jerk (Hey! Watch it!) I can’t imagine a more horrible fate than spending eternity fishing with Jim Carrey, Jerry Lewis, Lucille Ball and Jim Morrison…… completely surrounded by asparagus. That would be enough incentive to (gulp!) be nice to my fellow human.