This week’s challenge at Monday Artday is “mystical“. 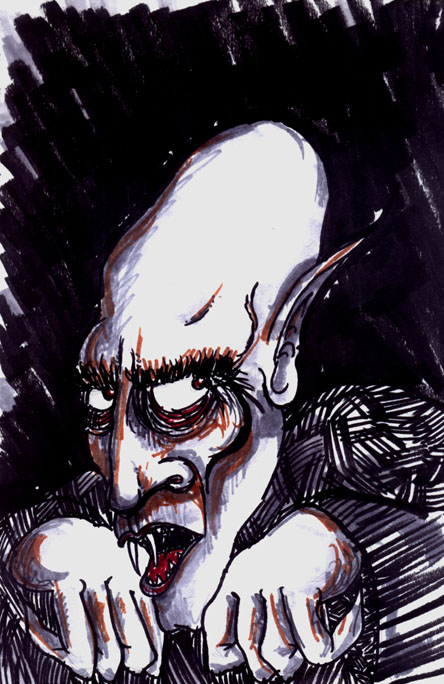 Max Schreck, as movie legend tells it, was mystical. He was a German actor. He supposedly kept to himself and not much was known about his life outside of acting. His most famous role was Count Orlock in the 1922 silent film “Nosferatu“, notoriously based on (although unauthorized) the novel Dracula. The story is, that during the filming of “Nosferatu“, Max stayed in character, would only shoot his scenes at night and came to the set in full theatrical make-up. There were rumors that Max was actually a vampire. In the movie Shadow of the Vampire, that is exactly how Willem Dafoe played him.

However, these stories are total fabrication. Max was just an actor on stage and screen, appearing in 51 movies in sixteen years. He died in 1936 of a heart attack. No wooden stakes were involved.