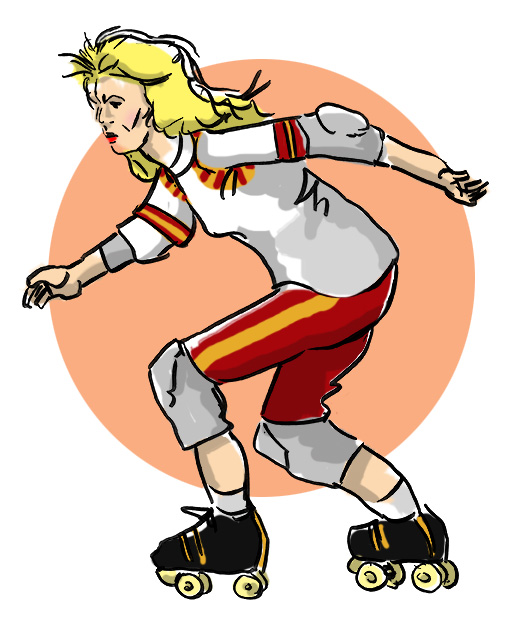 The night that I fell in love with a roller derby queen
around and round, a round and round
The meanest hunk of woman that anybody ever seen
Down in the arena

This is dedicated to Judy Arnold, the original roller derby queen. As a member of the Philadelphia Warriors, a roller derby team in the 1970s, Judy was wildly popular among fans of the sport. She was hired as the stunt double for actress Raquel Welch in the 1972 film Kansas City Bomber, a story that was based on Judy’s career and capitalized on the meteoric rise in nationwide popularity of roller derby. It was during the filming of that movie that Judy reached a revelation in her life and abandoned the sport that made her famous.

Today, at 73, Judy spreads the word of the gospel across the country in personal appearances and on various religion-based radio programs. And, she admits, she still follows roller derby.