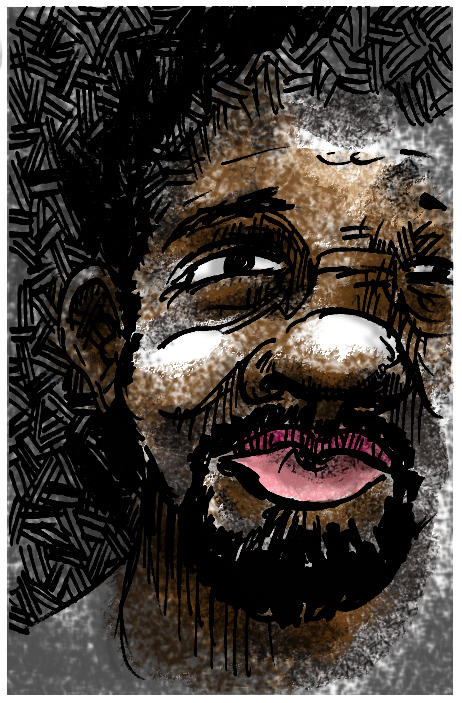 James Byrd, Jr. was murdered for no other reason than because he was black.

On June 7, 1998, 49-year old James was walking home from a party. He couldn’t afford a car so he walked everywhere, but he didn’t mind walking. Shawn Berry, Lawrence Brewer and John King drove up to James in a pick-up truck and offered him a ride. Shawn recognized James from town. Happy to accept a lift, James climbed into the open bed of the truck. The three men in the truck’s cab were acquainted with each other from various meetings in and out of prison; their common bond was an active and twisted belief in white supremacy. They had no intention of driving James home.

The truck stopped on a remote road just outside of Jasper, Texas where the three men beat James unconscious and urinated on his battered body. Then, they chained him by his ankles to the back of the truck and dragged him for nearly three miles. James was whipped around and tossed about behind the vehicle until he hit a culvert (a large concrete pipe used to channel water) and his head and right arm were severed. The truck stopped, James’ body was untied and dumped in front of Jasper’s oldest Black church and cemetery.

In the morning, the county sheriff’s department found several items strewn among the blood and gore on the dirt road, including a wrench with “Berry” written on it and a lighter engraved with “Possum” (John King’s prison nickname) and three interlocking “K”s, signifying allegiance to the Ku Klux Klan. The perpetrators were soon picked up. After trial, King and Brewer were given death sentences. Berry was sentenced to life in prison.

A long-time Texas prison tradition was ended as a result of James Byrd Jr.’s murder and Lawrence Brewer’s arrogance. Texas, as well as other states that have the death penalty, offers the condemned a last meal of their choosing. The meal options and combinations are nearly limitless (alcohol requests are regularly denied). The weblog Dead Man Eating has chronicled these requests, noting an overwhelming demand for cheeseburgers, traditional Mexican fare, ice cream and Dr. Pepper. The occasional insistence that the contents of a final meal be kept secret or the refusal of a meal altogether are also included in the list. On the evening before his September 21, 2011 execution, Brewer asked for an elaborate meal that included a triple-meat bacon cheeseburger, a meat-lover’s pizza, a big bowl of okra with ketchup, a pound of barbecue, a half a loaf of bread, peanut butter fudge, a pint of ice cream and two chicken-fried steaks. It arrived at his cell around 4 p.m. and he refused it.  This final act of audacity prompted Texas State Senator John Whitmire to write to prison officials saying, “Enough is enough! It is extremely inappropriate to give a person sentenced to death such a privilege. It’s a privilege which the perpetrator did not provide to their victim.”

The “last meal” practice in Texas was ended the next day.