The Monday Artday challenge word this week is “monarch”. 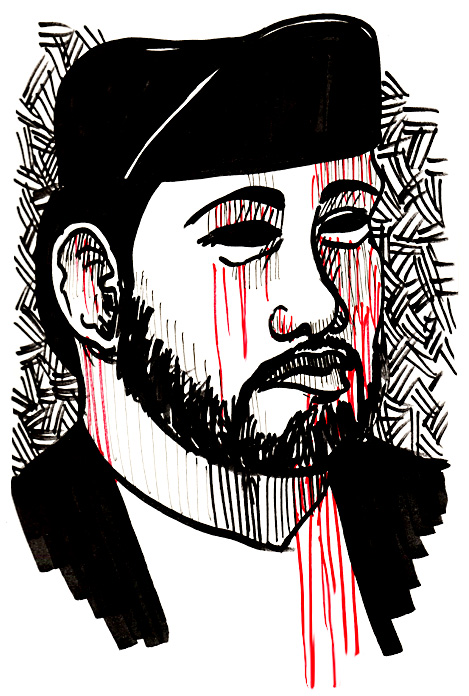 On June 1, 2001, King Birendra and Queen Aishwarya of Nepal were hosting a formal dinner party for Nepal’s royal family. 29 year-old Prince Dipendra arrived drunk at the party and his father, the King, ordered him to be removed from the festivities. He was taken to his room in the Narayanhity Royal Palace by his brother Prince Nirajan and cousin Prince Paras.

An hour later, Prince Dipendra returned to the party with a 9mm sub-machine gun and an M16 assault rifle. He shot his father first, then began to systematically pick off his relatives  aunts, uncles, brothers, sisters  darting in and out of the room as he fired round after round. His mother, Queen Aishwarya, ran from the room to get help.

When the Queen returned, she and his brother, Prince Nirajan, confronted Prince Dipendra in the palace garden. Dipendra shot and killed them both. He strolled across a small bridge over a stream in the garden and shot himself.

According to the rules of succession, Dipendra was declared King of Nepal. He spent his entire reign  three days  in a coma. Gyanendra Shah, Dipendra’s uncle, was named King on June 4, when Dipendra died.

Incidentally, Gyanendra’s reign ended in 2008, when the monarchy was abolished and the interim Federal Republic of Nepal formed in its place. Gyanendra became a private citizen and was stripped of his royal status.