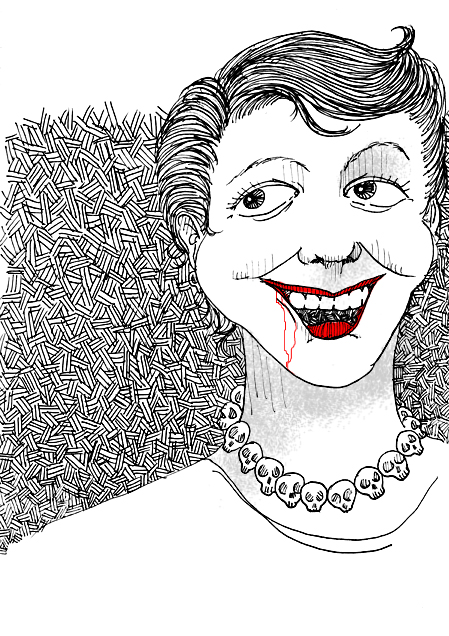 Karen Greenlee worked as an embalming assistant at a Sacramento mortuary. She aspired to work in this field because of her life-long fascination with dead bodies. As a child, she visited  and later broke into  local funeral homes to observe and “interact”  with the corpses. Her obsession turned into infatuation and then into love.

Karen had “encounters”  with over forty corpses  some by entering mortuaries after hours, some by breaking into sealed tombs in cemeteries. She was caught “in the act”  on several occasions, but was merely chased away from the premises by funeral directors fearing bad publicity.

In 1993, Karen was caught driving a hearse carrying a body that should have been delivered to a funeral two days earlier. When police took her into custody, she was in a drug-induced daze. A search of the vehicle revealed a lengthy letter  inside the casket  in which Karen confessed her sexual relations with deceased males. She detailed being turned-on by the smell of a freshly embalmed corpse. She was sentenced to eleven days in jail and fined two hundred fifty-five dollars. Her crime was interfering with a burial and stealing a hearse and the body it carried. She received a relatively light sentence because, at the time, California had no laws prohibiting necrophilia.