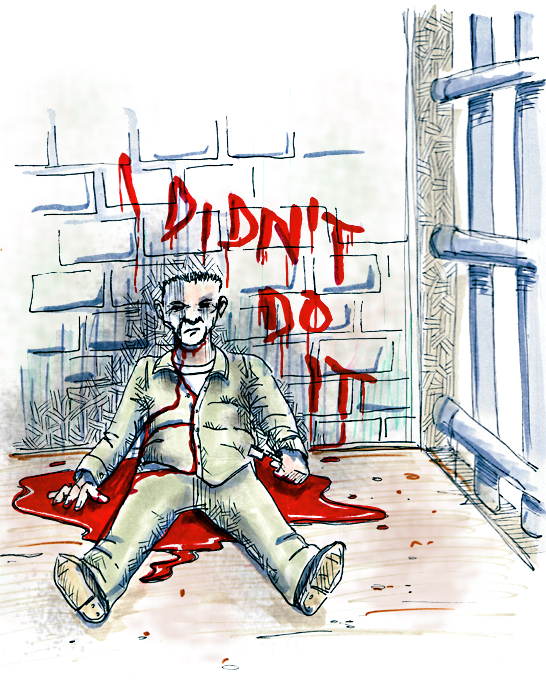 On September 10, 1995, two men robbed a convenience store in Lorena, Texas. 27 year-old Jeff Wetterman was shot and killed during the robbery. The two men, David Vest and Michael Johnson, each named the other as the gunman. Vest pleaded guilty to aggravated robbery and, in exchange for an eight-year sentence, testified against Johnson. Despite his unrelenting  denials, Johnson was found guilty and sentenced to death by lethal injection.

As per prison policy, guards check every fifteen minutes on inmates facing imminent execution. On October 19, 2006, Johnson spoke briefly with guards at 2:30 AM. When the guards returned for their 2:45 AM check, they discovered Johnson unresponsive and lying in a pool of blood. He had fashioned a metal blade attached to a stick and slit his jugular vein. He had enough time, before he died, to write “I didn’t do it” on his cell wall in his own blood.