One of two challenges this week at Monday Artday is “farm” 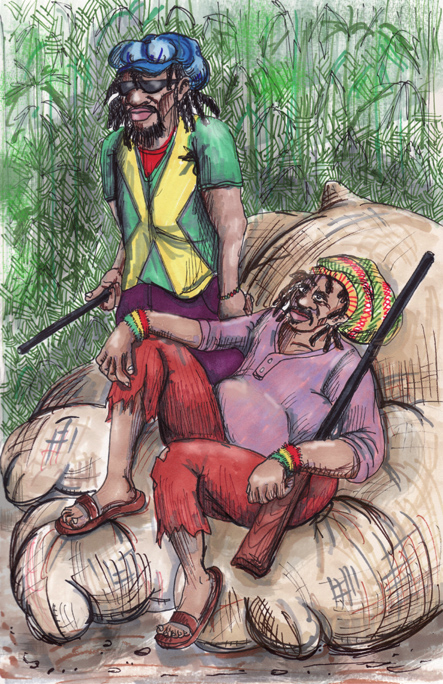 One of my favorite 80s bands was Fun Boy Three. Born out of the Specials, Fun Boy Three was Terry Hall, Neville Staples and Lynval Golding. Hall had a torrid affair with guitarist Jane Wiedlin and the song “Our Lips are Sealed” became a hit for the Go-Gos and Fun Boy Three. They also had a hit with another collaborative effort, “It Ain’t What You Do (It’s The Way That You Do It)” with Bananarama. But, after three albums, Fun Boy Three was no more.

The song “The Farm Yard Connection” appeared on their second album “Waiting”. It tells the story of two Jamaicans who support their families by growing marijuana. Treating their crop like true farmers, they sleep in the fields so no one upsets their hard work.
They sing “If the lawman come and took away our seed/Bam! goes another week’s wages/Bam! goes our family’s feed.”