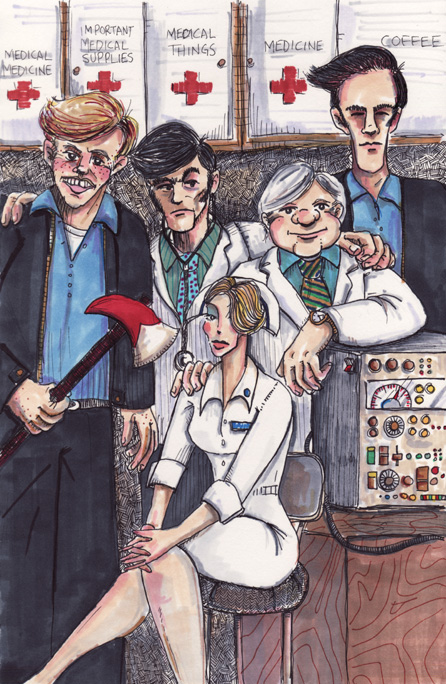 The adventures of Station 51 and Rampart Emergency Hospital were chronicled between 1972 and 1977 on the NBC-TV show “Emergency!” The show was a Jack Webb (of “Dragnet” fame) production. It starred Randolph Mantooth and Kevin Tighe as firefighters Gage and DeSoto. It also starred Julie London, a popular singer in the 1950s and the former Mrs. Jack Webb, and Bobby Troup, a former bandleader who wrote the song “Route 66” and the current (at the time of filming) Mr. Julie London. Troup passed away in 1999. Rounding out the cast was Robert Fuller, a popular TV character actor in the 50s through the 70s, who had some wicked-ass sideburns! The show featured some of the worst (or best) overacting.
“Emergency!” (or as it was known in syndication “Emergency 1”) was one of my wife’s favorite shows as a kid, along with “The Six Million Dollar Man” and “Here Come The Brides“. Here are some of the memories of “Emergency!” she has collected. 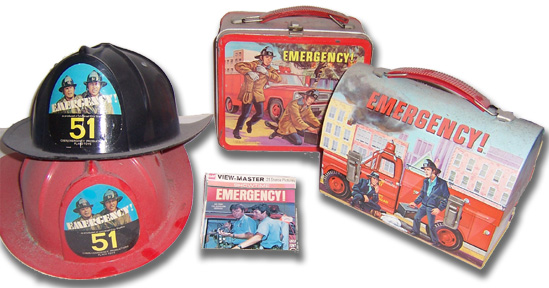 I, personally, have only seen one or two episodes.