This week’s word at illustrationfriday.com is “camouflage“. 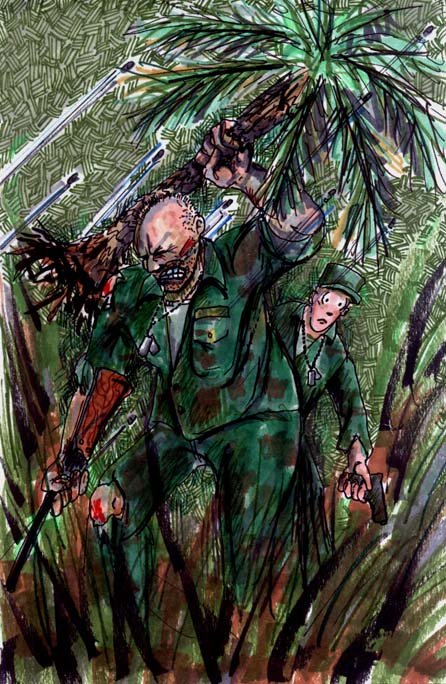 I love Stan Ridgway! He is one of the most talented and underrated singer-songwriters in modern music. One-time leader of L.A. new-wave band Wall of Voodoo, Stan’s solo career has spanned twenty years and still continues. In 1986, he released his first solo album, The Big Heat. This album featured the song “Camouflage“, a story of a soldier stuck, alone, in a Vietnamese jungle. When the situation looks hopeless, a mysterious marine enters the scene and the fights off Charlie with ease. The story is a re-telling of the urban legend, “The Vanishing Hitchiker“. “Camouflage” went to the top 5 on the British charts, but went relatively unnoticed here in the US. Stan continues to release great albums as a solo artist and with his side project, Drywall. His music is worth seeking out.

Leave me a comment and let me know what you think.