Okay, here’s my entry for this week’s illustrationfriday.com topic “I Spy” 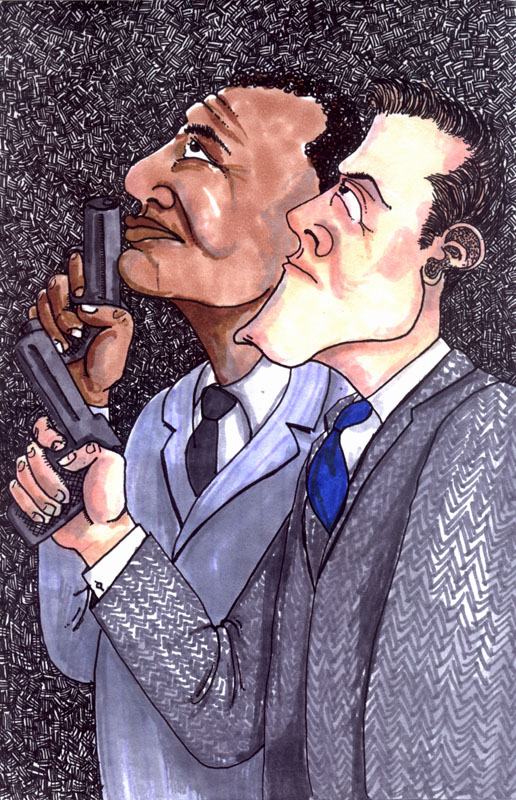 The first thing I thought of was the 1965 TV show starring Robert Culp (before he was in charge of the Greatest American Hero) and Bill Cosby (before he became as annoying as Jerry Lewis). They were two spies working undercover as a tennis pro and his trainer.

…. and NOT the horrible Eddie Murphy/Owen Wilson disgrace.