I always hated Lucille Ball. I hated “The Lucy Show”. I hated “Here’s Lucy”. And I especially hated “I Love Lucy”.
Except for William Frawley. 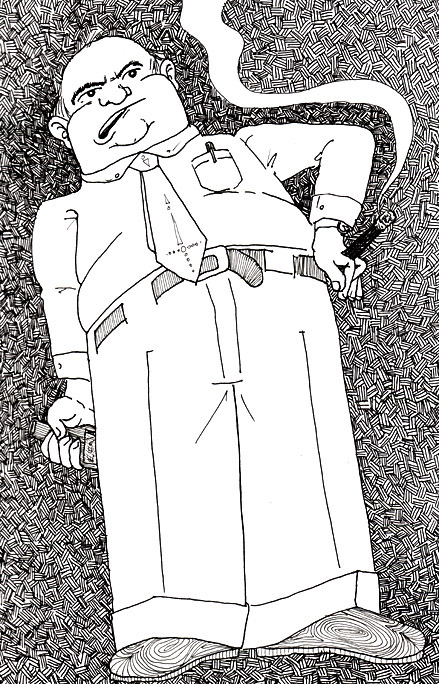 I have always been fascinated by William Frawley. Well, maybe not fascinated, but intrigued. Look at him. How did this guy become an actor? And not only was he an actor, by 1951, he had starred in over one hundred movies. He was one of Hollywood’s biggest and most sought-after character actors.
He started in vaudeville, doing musical comedy and was featured in his first film in 1916. His film career continued through four more decades. But, his reputation as a difficult, belligerent alcoholic made him almost unemployable by the early 1950s.
Lucille Ball and Desi Arnaz were about to begin shooting a sitcom, a fictional account of Desi’s everyday life as a band leader. The show, “I Love Lucy”, was still in the casting stage when Frawley heard about it and envisioned it as his opportunity to get steady work. Lucille Ball wanted her friend Gale Gordon to play the part of cranky, penny-pinching landlord Fred Mertz. Due to prior commitments, Gordon was unavailable. Frawley auditioned. Lucy knew Frawley from her days as a film actress in the 1940s. Frawley called Lucy regularly, asking about his chances for the Fred Mertz role. Desi thought having Frawley, a Hollywood veteran, on the show was a good idea. However, Desi (and the CBS network) was well aware of Frawley’s reputation as a louse (he was fired from the set of “She’s My Baby” for punching Clifton Webb in the nose) and a drunk. Arnaz immediately leveled with Frawley about the network’s concerns, telling him that if he was late to work, showed up drunk, or was unable to perform except because of legitimate illness more than once, he’d be written out of the show. Contrary to expectations, Frawley never showed up drunk to work, and, in fact, mastered his lines after only one reading. Arnaz became one of his closest friends. Frawley, a huge New York Yankees fan, had it written into his contract if the Yankees made it to the World Series, he didn’t work during the games.
Frawley and his co-star Vivian Vance hated each other almost instantly. Vance (the second choice for Ethel Mertz after Bea Benaderet) was 22 years younger than Frawley and complained that he should be playing her father, not her husband. Frawley said, of Vance, “She’s one of the best things to come out of Kansas. I wish she’d go back”. Despite their contempt for each other, they played a married couple for 175 episodes for nearly seven years. When the run of “I Love Lucy” ended, CBS offered Frawley and Vance a spin-off called “Fred and Ethel”. Even though he openly hated Vivian Vance, Frawley was anxious to work and agreed to the series. Vance said no, vowing to never work with Frawley again.
Frawley landed steady TV work again, playing grandfather Bub O’Casey on “My Three Sons”, but poor health forced him to leave the show. His last TV appearance was as a maintenance man on an episode of “The Lucy Show” in 1965.
In March 1966, a sick and frail 76 year-old William Frawley was walking down Hollywood Boulevard after seeing a movie. He collapsed right on the sidewalk, was dragged into the lobby of the Knickerbocker Hotel, was taken to a hospital where he was pronounced dead. While dining in a Hollywood restaurant, Vivian Vance, upon hearing of Frawley’s death, announced “Champagne for everyone!”